At Bélingard, at the heart of Monbazillac, adaptation is our byword

After the wave of reconstruction and modernization of the vineyard, carried out by Pierre de Bosredon in the 1960’s and 70’s, it was Laurent de Bosredon who adapted the vineyards and winery, in order to turn Bélingard into a flagship property of Bergerac and Monbazillac. 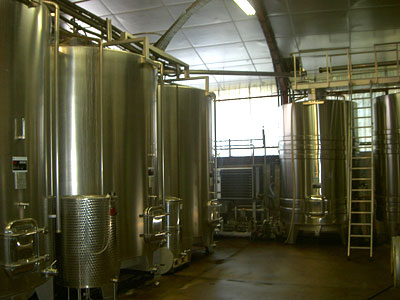 Upon his return to the family estate at the end of the 1970’s, Laurent trained at the Bordeaux institute of oenology in Bordeaux.
As a result of this training and some memorable encounters with Max and Denis Dubourdieu, he decided to introduce the practice of ”skin maceration” of white grapes in 1983, little known at the time, as well as thermal-control of the vats, a practice which is common today.

In 1985, someone who played a major role in the Bordeaux Wine Region came to Château Bélingard in an advisory capacity. Professor Yves Glories, widely considered to be a great œnologist and scientist before his untimely death, introduced the Bélingard team to “phenolic compound” accumulation measurement techniques, as well as to the early principles of micro-oxygenation.

In 1986, the first vinification of Bergerac Dry Whites and Monbazillac sweet wine in oak barrels, as well as the barrel-ageing of the reds, resulted in the creation of some emblematic wines, which Laurent dedicated to his grandmother, Blanche de Bosredon. 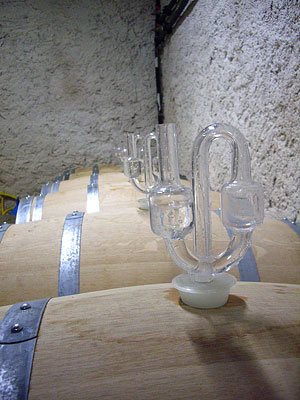 Over the 1990’s, the micro-oxygenation technique developed by Patrick Ducourneau joined the vinification processes used at Château Bélingard.
It was also at this time that the use of lies and deposits, concentrates of yeast and bacterial biomass, became an important part of our winemaking processes. Château Bélignard started ageing their wines on their lees after the acquisition of a filter press, which can also be used for clarifying,

The introduction of night-time mechanical-harvesting throughout the vineyards during the 1990’s made another important contribution to quality, as it preserves the freshness of the grapes and allows better extraction.

To further enhance the reputation of Château Bélingard’s wines, in France and many other countries, our work of respecting the fruit continued over the ensuing years.

Between 2000 and 2003, we completely reviewed and modified the way in which the harvested grapes were received, allowing the grapes to arrive in new generation pneumatic presses without being subjected to any “trauma”.
We therefore set up an original harvest handling system which gently transports the precious grapes into the presses via a series of conveyer belts.

The process has been further refined by the introduction of pressing controlled by millibar pressure and by the measurement of the electrical conductivity of the musts.

And what about the reds, we hear you cry! 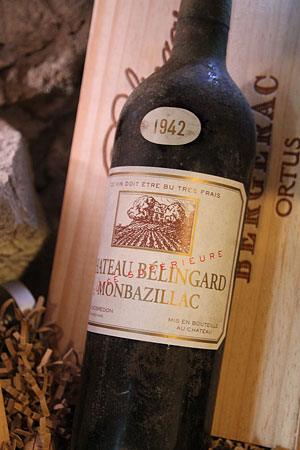 Preferring the “pumping-over” technique for phenol extraction in the red wines, to the more aggressive “punching-down” technique, the Bélingard team wanted to find a way of breaking up the pumping operations, where the juice is pumped from the bottom of the vat and sprayed over the cap of skins floating on the top.

Château Bélingard is therefore one of the first wineries in Europe to be equipped with an automatic pumping system driven by programmable logic controllers (PLC) that can break up the number of pumping-over operations, almost infinitely, and control the volume pumped over each day. These pumps (originally intended for washing potatoes…) transfer the juice from the bottom of the vat to the top, in a split second. This system has greatly improved how we control the extraction of tannins and anthocyanins (colour pigments) in our wines.

At the same time, the use of “flotation” for settling our white and red musts, was introduced throughout the winery, after the acquisition of a flotation system in 2007.

Respecting, as ever, our “HVE” environmental certification, Château Bélingard today strives to use the most sophisticated bio-chemistry techniques and carries out the co-inoculation of the fermenting red musts with lactic acid bacteria agents from the malolactic fermentation.

In 2014 and 2015 we introduced BIO-PROTECTION.
The objective of bio-protection is to limit, or even eliminate, the use of sulphur (SO2) as an antibacterial and antioxydant protection agent on our harvested grapes. The yeasts and bacteria that we introduce, as soon as the grapes are harvested, are intended to “occupy the ground” in order to keep out the bad micro-organisms. The initial results look extremely promising.

The above may seem like a rather long-winded list, but it gives you a good idea of the constant care and attention that Chateau Bélingard and its team dedicates to the production of its Fine Bergerac Red and White wines and its sweet Monbazillac wines.

It also shows the full extent of our commitment to bringing you the finest of wines for your drinking pleasure. 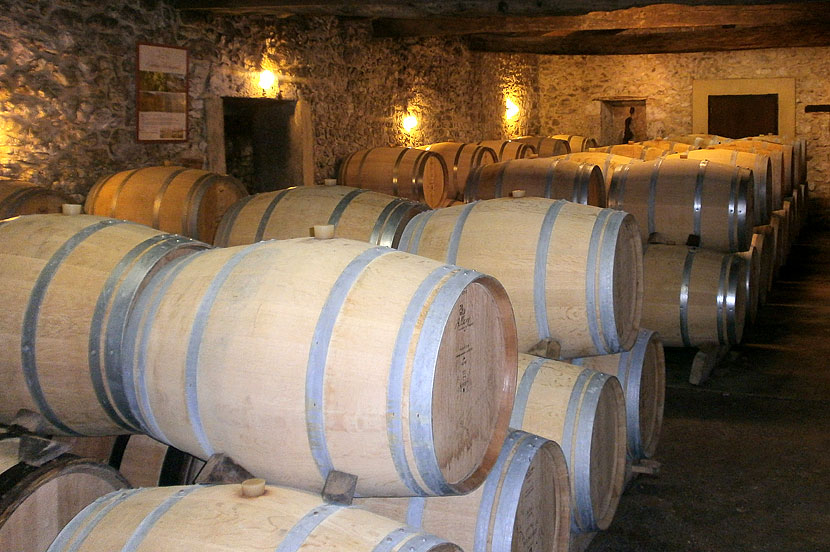 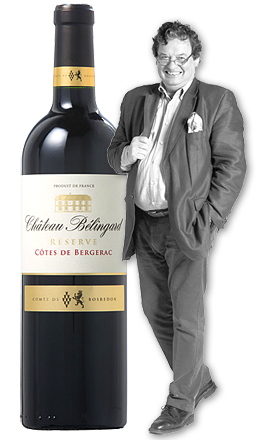 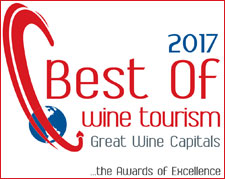 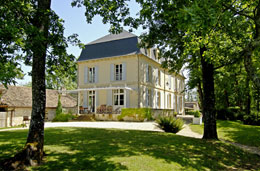 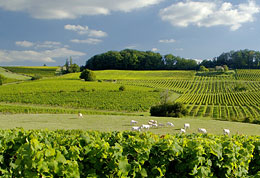 Find out all about our fine Bergerac red and white wines or our sweet Monbazillac wines, during a tour of Château Bélingard located in the Dordogne valley in Périgord. Laurent de Bosredon would be delighted to welcome you and present his vineyards.